Financial clarity about your real estate is key.

"Gray divorce" refers to the growing trend of older Americans in choosing to get divorced. The gray divorce phenomenon is relatively recent. Americans over the age of 50 are twice as likely to get divorced now than those in the same age group were in the 1990s. What initiated the gray divorce phenomenon? Opinions differ. Some suggest that baby boomers are simply living longer lives and realizing they simply don't want to spend another 20-40 years with their spouse. Others believe that the rise of women in the workforce has caused women to be more financially independent, not relying on their spouses for an income and benefits. Some experts believe that the Empty Nest syndrome causes couples to grow apart after children are gone, as well as a higher expectation of marriage than in previous generations.

Divorcing later in life can be extremely difficult emotionally and financially. Usually, older couples have decreased financial earning ability, so it’s important to make the right choices when it comes to separating savings and investment/retirement accounts, as well as separating commercial and residential real estate.

It may not be the right choice to sell the house or the investment property, or perhaps it is.

The Maraia Group can work in cooperation with your CPA, financial advisor and attorney, to formulate a financial outcome that best serves you.With 23 years of combined experience in commercial, investment and residential real estate, their creative approach can help ease the burden of unanswered questions. Clarity and knowledge are key at this time. 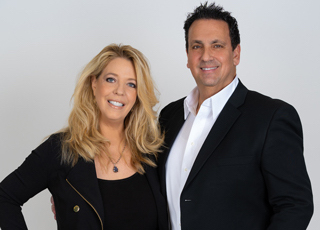 Follow us on social media for more information and resources.